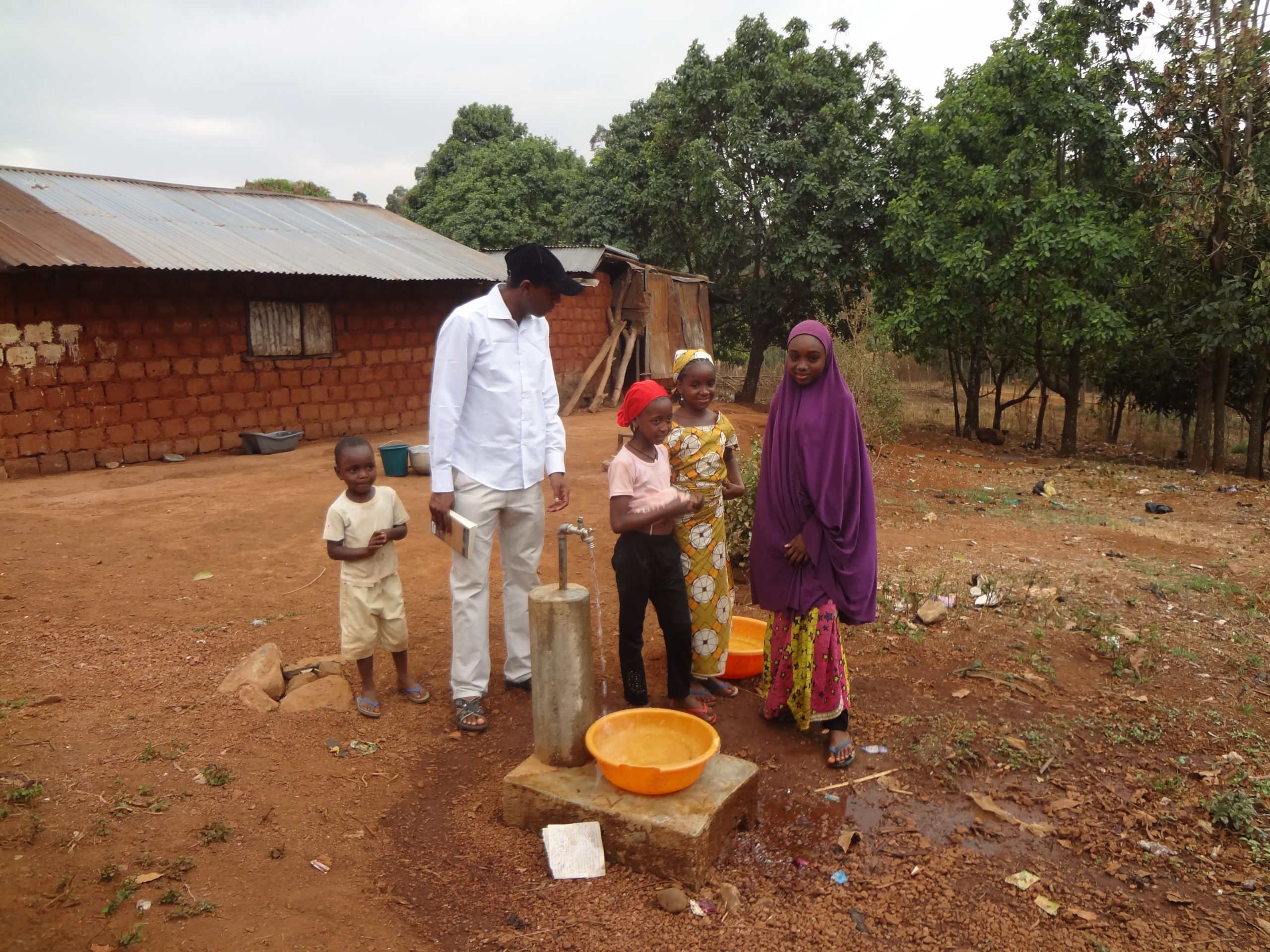 Two weeks ago we had “retired” missionaries Bernie and Lily Lemke visit us.   I took a trip with them to visit a community that they did a water project in.  The town was Missamari. This is a picture of Amino and some children by the well that was installed there. People from miles around come and get water there.  We also visited the very muddy stream where the people used to get all of their water from.

Believe me, people, since moving to Nigeria I have recognized the importance of clean water.  Looking up statistics shocked me though.  As a middle-class American growing up, I have never even thought about not having water.  Even in the 70’s when we had to conserve energy, water was another thing my family conserved as well.

Here are some facts that I hope shock you.  REMEMBER THIS IS 2016!

With a population of over 150 million people, Nigeria is the most populous country in Africa. Political unrest, poor governance and corruption have led to decades of water shortages, while the population has increased rapidly.

Though there is surface and ground water, rapid population growth, particularly in urban areas, has not been supported with additional resources. Only 11% of people have access to safe sanitation and 42% live without access to clean water.

Funding for water, sanitation and hygiene is low and there is little coordination within the government.

Improving hygiene behaviour is vital if the full benefits of access to water and sanitation are to be realised.

In Nigeria, hygiene is not widely seen as a big health risk, making it a more difficult issue to address. 68% of the population has no access to a toilet and it is these communities that face a higher risk of disease from poor hygiene standards.

A lack of awareness, education and a culture of hygienic living make changes in the community slow and complicated. Often knowledge about hygiene does not transfer into practice very quickly.

Around 700,000 children die every year from diarrhea caused by unsafe water and poor sanitation – that’s almost 2,000 children a day.

1 in 9 people world- wide do not have access to safe and clean drinking water.

443 million school days are lost each year due to water-related diseases.

In developing countries, as much as 80% of illnesses are linked to poor water and sanitation conditions.

Half of the world’s hospital beds are filled with people suffering from a water-related disease.

Girls under the age of 15 are twice as likely as boys to be the family member responsible for fetching water.

Over half of the developing world’s primary schools don’t have access to water and sanitation facilities. Without toilets, girls often drop out at puberty.

It turns out that water is pretty important to our bodies and to this world!  Isn’t it?

God knew that, I think that is why there are so many verses about living water in the Bible.  I am still learning and growing, but I hope at the end of my days people can say this about me, “She was like a drink of cold water on a hot day” or “Joy gushed out of her like a spring of living water.”

Thought for today:  How about you?  Do you gush forth anything?  What is it?

← Prev: This week I learned about Kaposi’s Sarcoma Next: Healing →