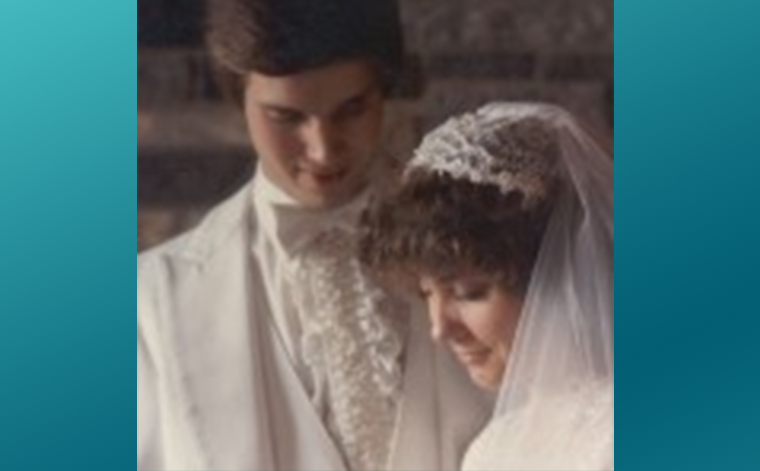 It was May 1, 1982 – I woke up early after not having slept very well.  Today was the day I had dreamed of for most of my 18 years of life.  It was MY wedding day!  I was going to marry the cutest boy I had ever met who made my heart flutter every time I even thought of him.

My mom and sisters went to the hair salon to get their hair done, I went to the church to put up candle holders as I was going to do my own hair.  I giddily placed candle holders where we wanted them and struggled with one that remained BENT the entire wedding- that irked me terribly!

Meanwhile on that chilly Minnesota morning, Dan and the groomsmen were staying in the house we were renting.  There was no hot water, so Dan took a cold shower and the groomsmen opted not to.  Dan said he was worried that it might snow because of the chill in the air and we did live in Minnesota!

It was a fun, very special day for us to visit with friends and family.  To celebrate with people who have long passed on to Heaven now, other friends and family. We went back to our house and opened presents with family.  We had a lot of avacado, burnt orange, and yellow Tupperware, and all of those things that we needed to start a new household.  Much more than we needed to be exact!  This was before the days of Wedding Registries, so we had to take a couple of items back to Gardner’s Hardware Store and we were able to get a wonderful clock radio with an alarm clock with our returned items.

We didn’t go on a honeymoon as I was still in Legal Secretary School and we didn’t have any money!  Dan and I took Friday off of Work and school, and then started our life together.  As our family sent us off to our new life together we had no idea what life would bring.  We did know that we had each other, a bunch of dreams, and love… That’s all we needed, right?

Little did I know exactly what type of man I had married.  I knew Dan was smart, practical, determined young man who was ALWAYS right, and would defend that to the death.  As we are both firstborn in our families Dr. Dobson described it like two rams butting heads together constantly.  We laughed and thought that was funny because we really did get along well and that first year of life together we had quite a few arguments – but were able to come to a place of understanding fairly quickly most of the time.

When I think of the 18 and 21 year olds that we were when we started this journey and the people we are now I am thankful!  I am so thankful that I am still not that 18 year old who thought the world revolved around her.  I am thankful for the very good times we have shared, but I have to say the times we have grown the most together as a couple have been the bad times.  The times when we looked at each other and said, “I have no idea what the right thing to do is, we need to pray because God does”. Those are the times that have cemented us together as a couple.

Last year we were apart on our Anniversary as I was in the States and Dan was in Nigeria.  During the time I was in the States by myself it was a very strange feeling no matter what I did or who I was meeting with I felt like part of me was missing.  When we reunited I realized what it was.  My Helpmeet was missing, the part of me that I can just give a glance to and we both know what we are thinking of.  We have a little smile on our lips when someone says something that triggers a memory and we burst out in random 6o’s, 70’s, or 80’s song lyrics at any occasion. 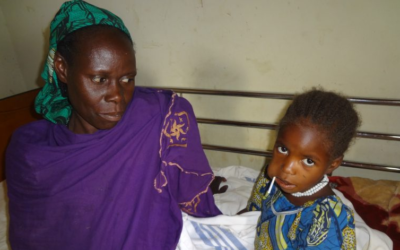